With over 30 years experience, our Director, Francesca Naish, has chosen the top specialist practitioners in the field to ensure our patients receive premium care across facets of our service.

All our practitioners have extensive academic and practical experience and undertake continued professional development to ensure they are at the forefront in terms of research, knowledge and specialist care. Our practitioners are registered with all professional industry associations such as ATMS, ANTA, NHAA and are members of all major health fund providers.

Our team of committed administrative staff ensure your practitioners are free to focus on quality patient care. 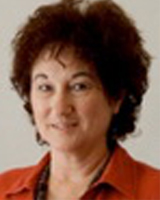 Francesca Naish pioneered specialised methods of natural fertility management over 30 years ago as a direct result of searching for better ways to manage her own fertility in a climate where reproductive health was increasingly becoming medicalised instead of being viewed as a natural and healthy part of life.

In addition to her work on contraception and general reproductive health, she pioneered the concept and practice of ‘preconception health care’ which is now a term in common use throughout both natural and orthodox approaches to fertility and pregnancy.

Due to the demand for this information, Francesca wrote her first best-selling book Natural Fertility and has since co-authored, with Janette Roberts, a further four books including The Natural Way toâ€¦Better Babies, Better Pregnancy, Better Birth & Bonding and Better Breastfeeding, with international editions published in several countries.

Francesca remains at the forefront of the field by engaging in continued research and development of the increasingly popular and critical areas of natural fertility management, preconception health care, reproductive health and all associated health modalities. She continues to practice at our Clinic and is a popular lecturer and speaker at colleges, seminars and conferences in Australia and overseas. She also appears frequently on radio, TV and print media and has trained many health practitioners nationally and internationally in Natural Fertility Management. 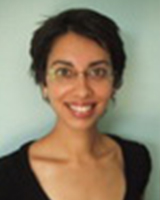 Jacintha is a University-qualified Naturopath, specialising in Natural Fertility Management and the full spectrum of women’s reproductive wellness. With a Bachelor of Health Science (Naturopathy), Jacintha is an experienced practitioner with a wealth of knowledge across all facets of reproductive health; she has been an integral member of The Jocelyn Centre team since 2002.

Jacintha is also one of the few Australian Certified practitioners of the Arvigo Techniques of Maya Abdominal Therapies â„¢. These techniques aim to support the reproductive health of all women of all ages, including women who are trying to conceive. Jacintha has also received training in advanced techniques specific for women who are undergoing IVF cycles.

Jacintha believes that your fertility is a precious gift, and that your fertility picture is completely individual, with each of us having a unique experience and presentation. With a sensible approach to diet and lifestyle, coupled with an enthusiastic attitude to achieving health and fertility goals, Jac is supportive of all couples, including those with additional challenges such as recurrent miscarriage.

In addition to her naturopathic practice, Jacintha also enjoys her role as a Lecturer and Clinic Supervisor to naturopathic and nutrition students.

Jacintha is available for face-to-face, phone or virtual consultations* on Monday, Tuesday and Saturday.

Jacintha considers it a privilege to work with couples who are trying to conceive, and has helped countless numbers of them conceive and manage their pregnancies. And, after all that work, she loves meeting those fresh little newborns!

* Phone and virtual consultations not available to patients from USA/Canada 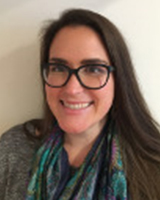 Jennifer has a realistic approach to Naturopathic care and uses a combination of herbal medicine, supplements, diet and lifestyle changes to optimise health and fertility. Jennifer is approachable, understanding and loves taking the time to listen to her patients. 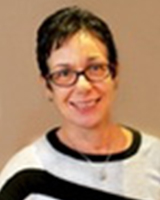 Miriam is our highly respected, experienced and popular in-house acupuncturist at The Jocelyn Centre who has provided complementary services to our patients for nearly 20 years. She has a special interest and extensive experience in fertility issues and women’s health and has been in practice since graduating in 1982. She has also been running a private practice at the Sports Clinic at Sydney University since 1984.

Miriam is also a senior lecturer at the Sydney Institute of Traditional Chinese Medicine and has taught acupuncture related subjects for several years at UWS. Many men and women with fertility issues, including those requiring IVF treatment support, have relied on Miriam as an essential part of their treatments and for their overall wellbeing. 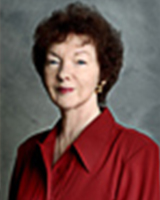 Julie is a qualified clinical hypnotherapist and counsellor with over 20 years experience. She specialises in HypnoBirthing and HypnoFertility but also treats other problems such as stress-related disorders, anxiety, eating and sleep disorders, and smoking. She is also a naturopath and homoeopath. Bach Flower Remedies and EFT are often included in the consultation.

Julie obtained her degree in Psychology, her Masters Degree in Behavioural Health Science, and her Ph.D in the field of psychoneuroimmunology from the University of Sydney. She has given lectures at the university in the Faculty of Health Sciences and is also a guest lecturer in complementary medicine.